AUDEZE LCD - 2
Introduction
For my test-project, I chose the Audeze LCD-2 headphones. This choice was made because of the materials that were used in this headphones design. I believe that one of the main tasks for the visualizer or rendering artist is to work not only with light, but also with textures and shaders, and in this case, the presence of such contrasting materials as the matte leather, mahogany, steel, and plastic helps to demonstrate my experience with CG shading and lighting.
Download All 6K PNG Images ZIP
Download ProRes 422 QuickTime Video
Download H264 Mp4 Video

I decided to improve some parts of the model by myself due to the poor quality of these parts in the initial model. Like leather earpads, headband, internal sound emitter, bolts and nuts and mini XLR connectors. These parts has been re-created in 3ds Max, the leather elements were further improved in Z-Brush. The whole model has a UV made with RizomUV.​​​​​​​
Photo References 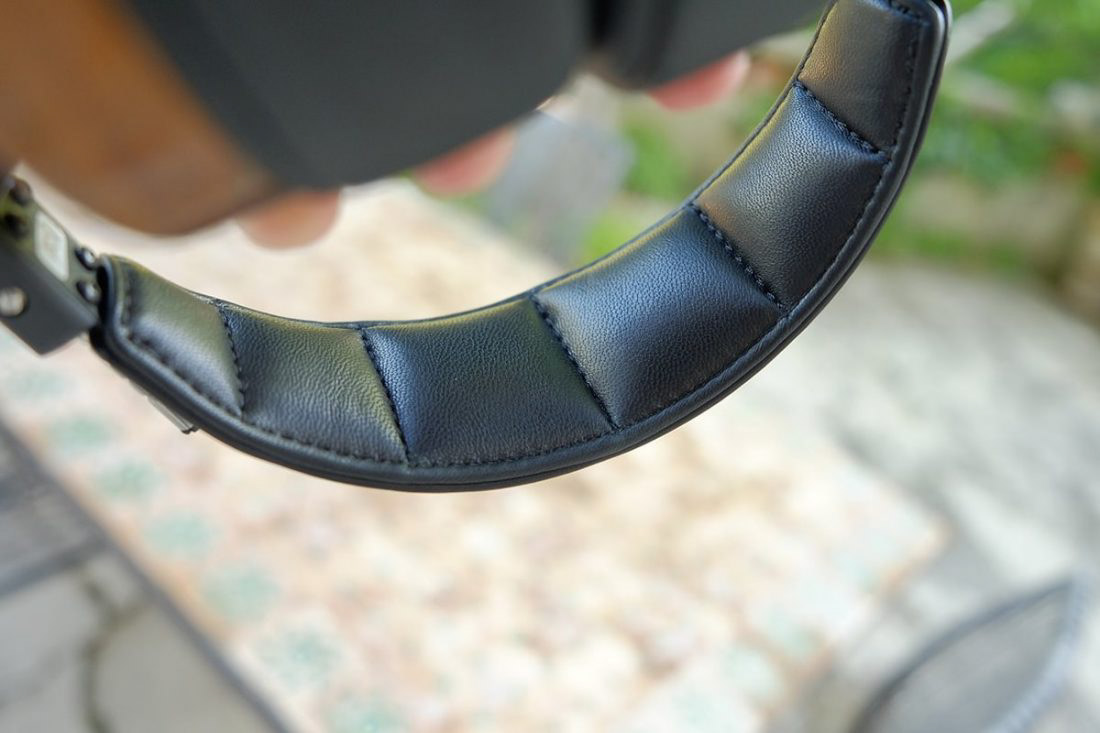 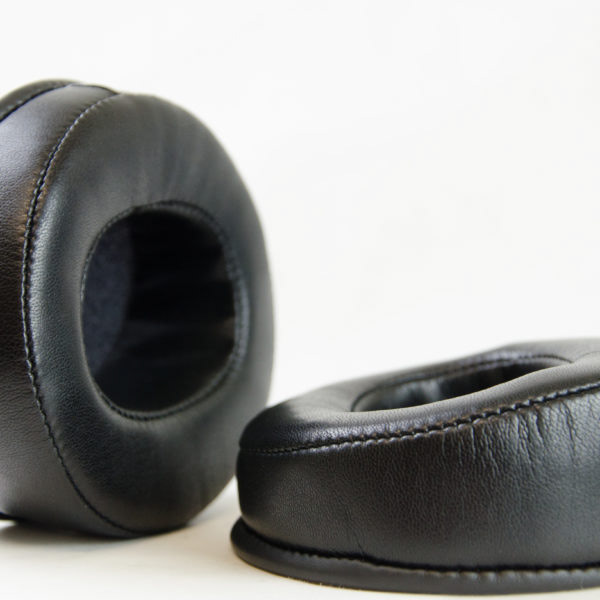 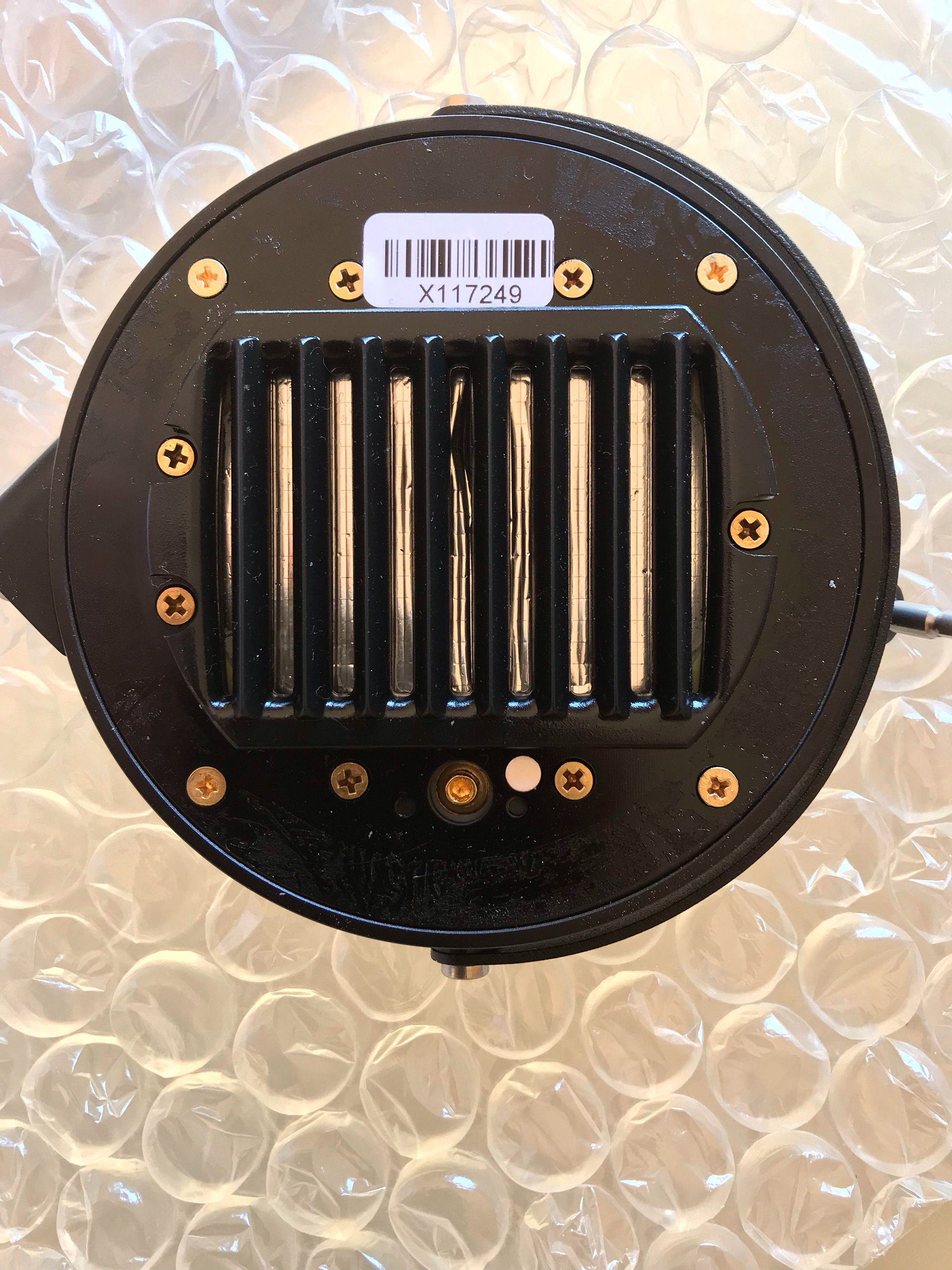 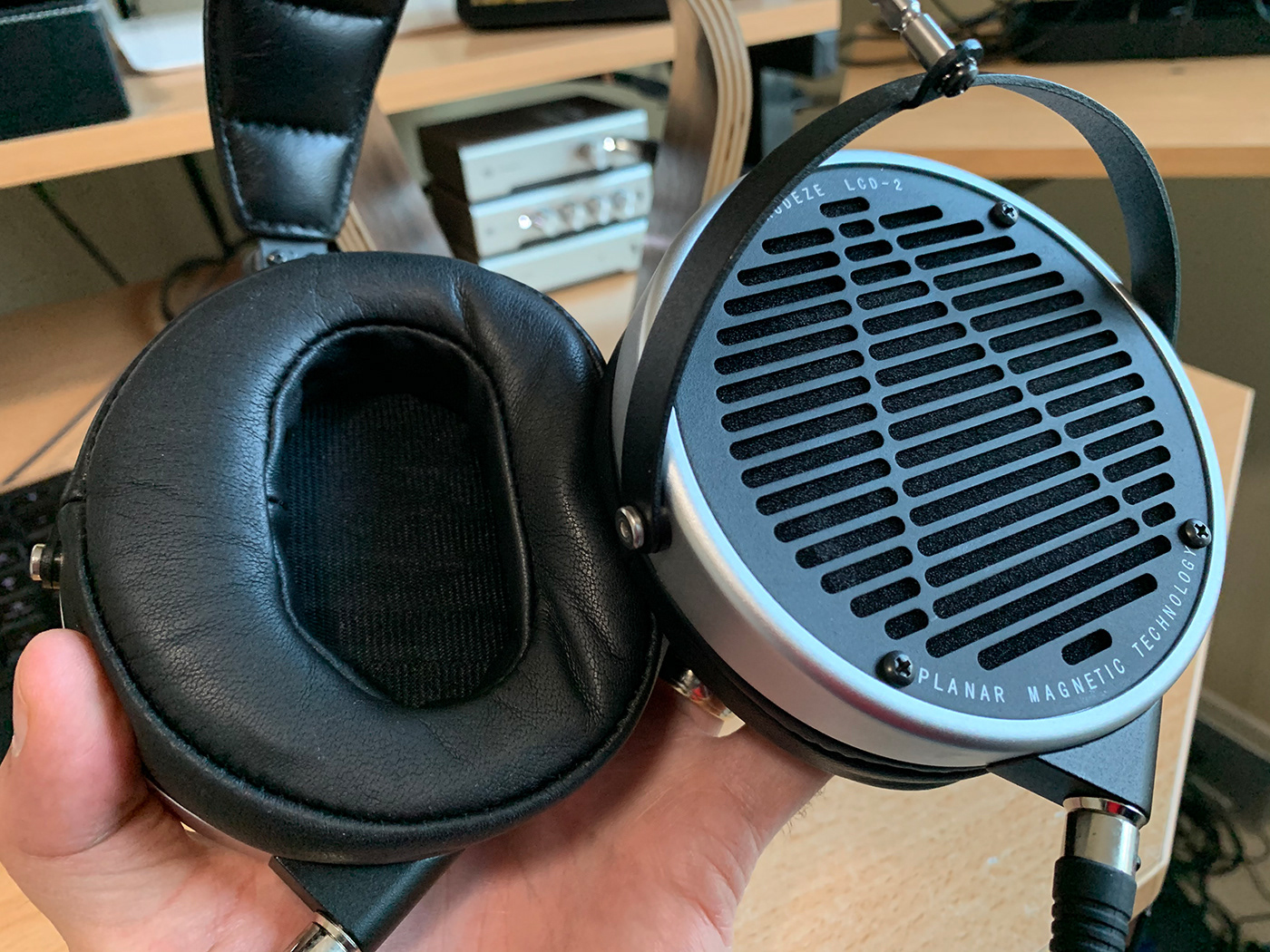 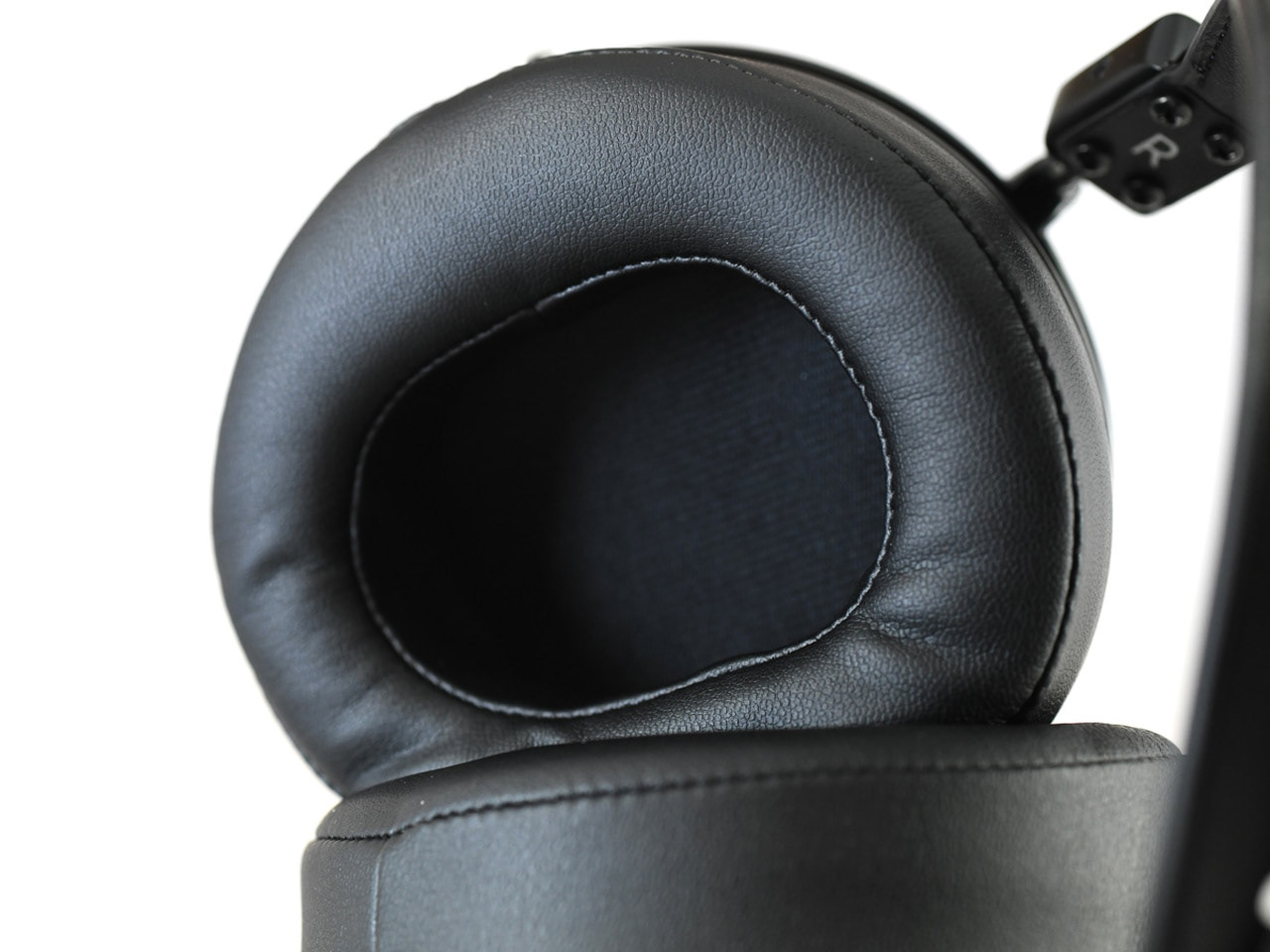 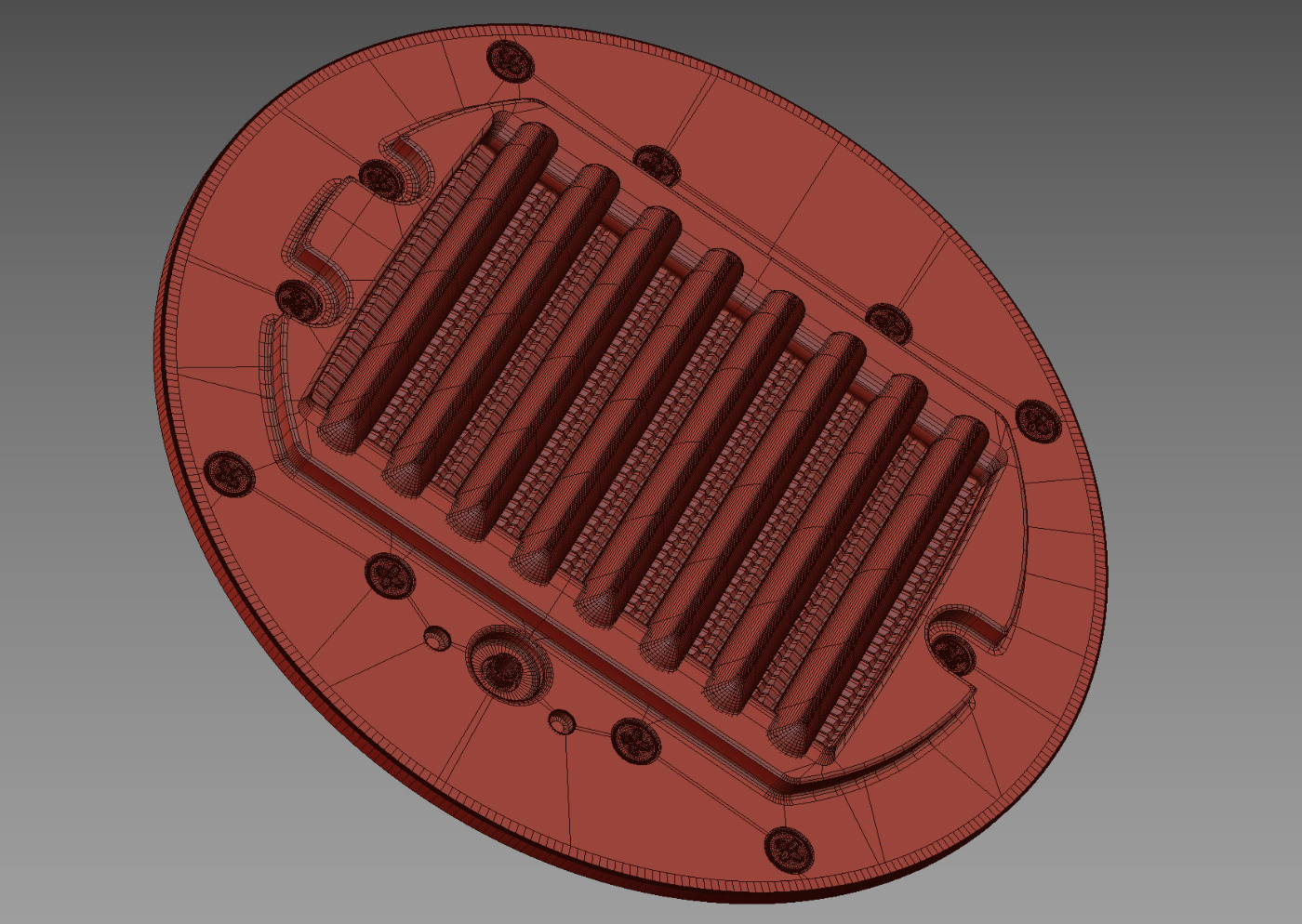 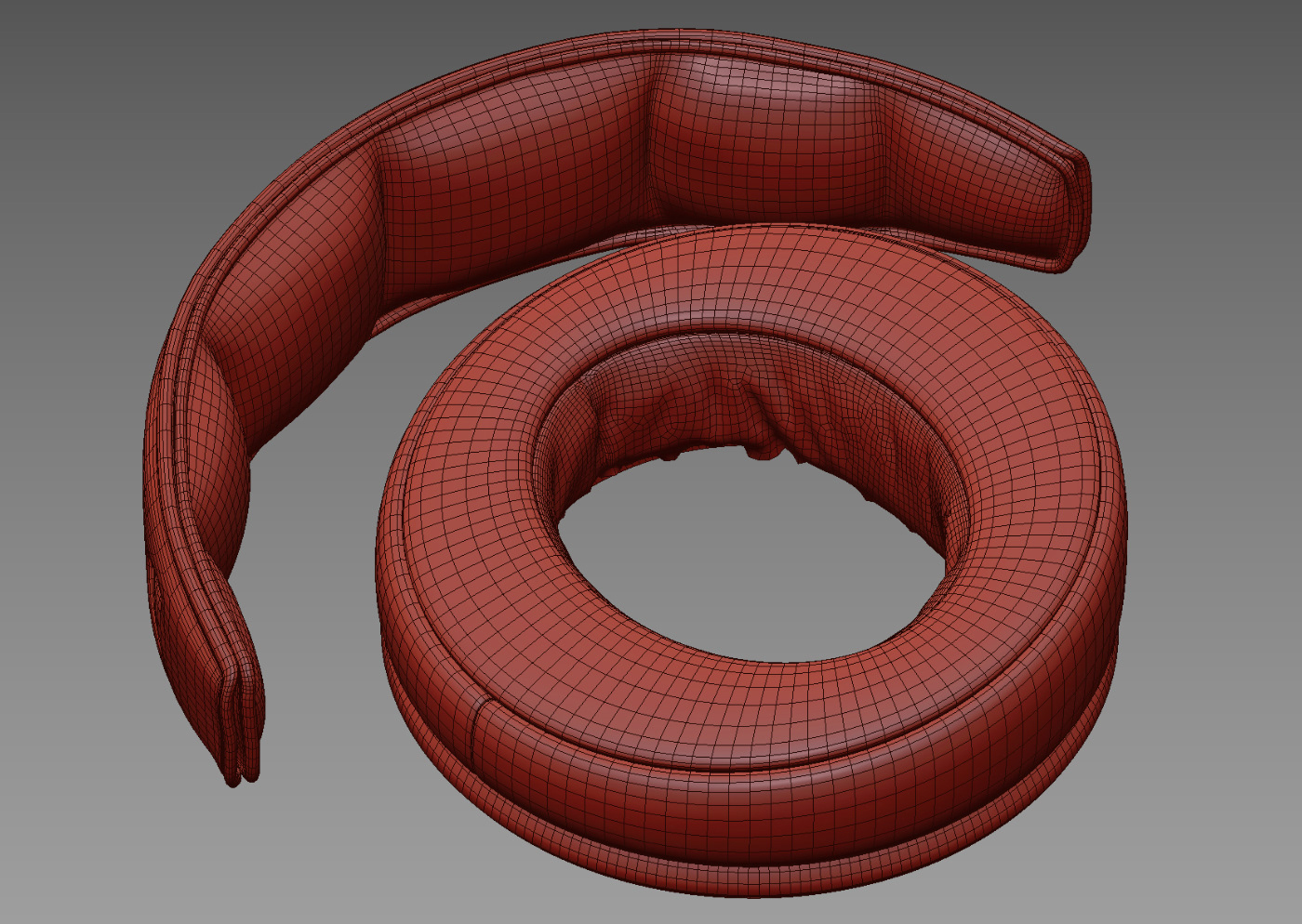 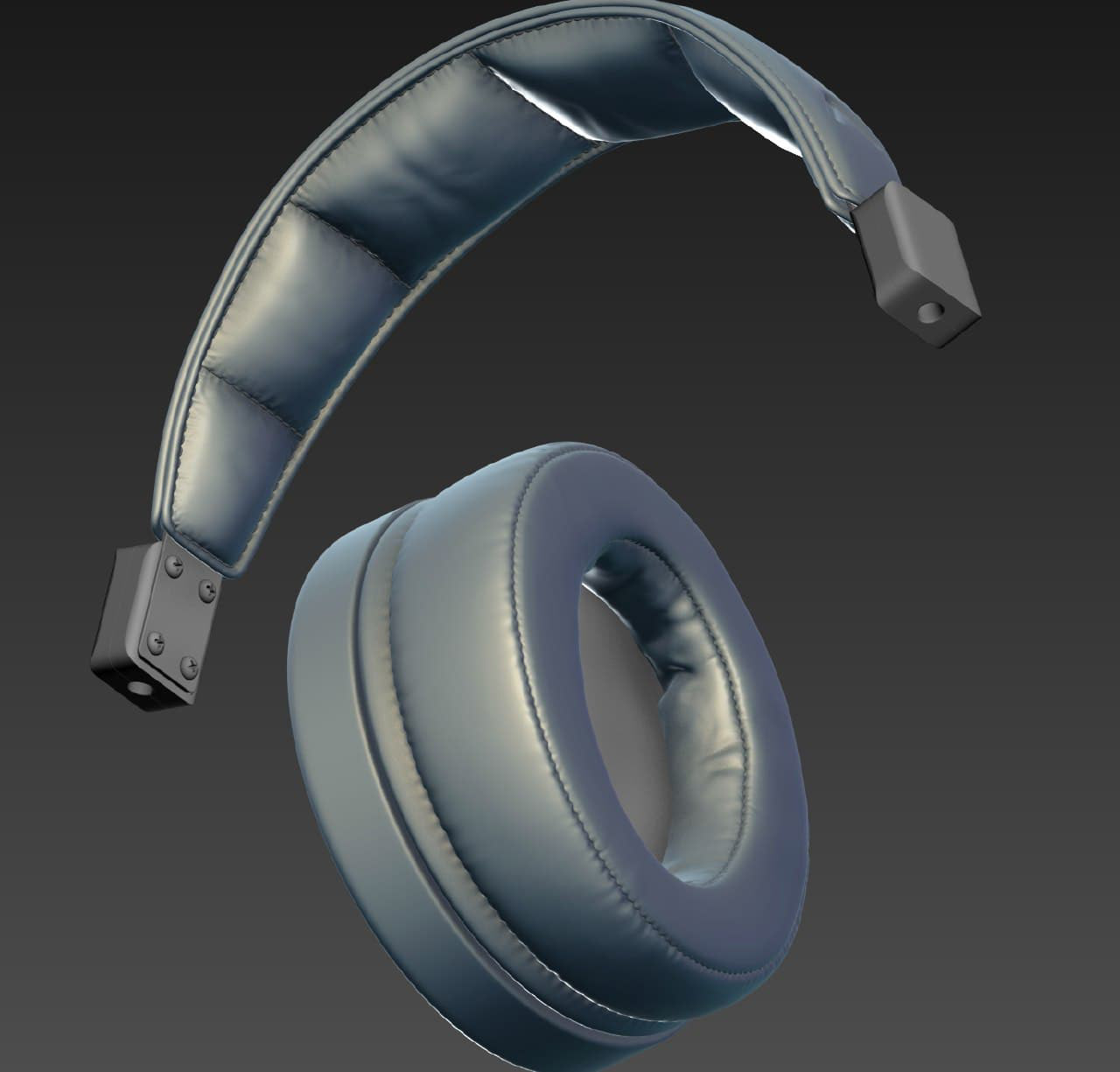 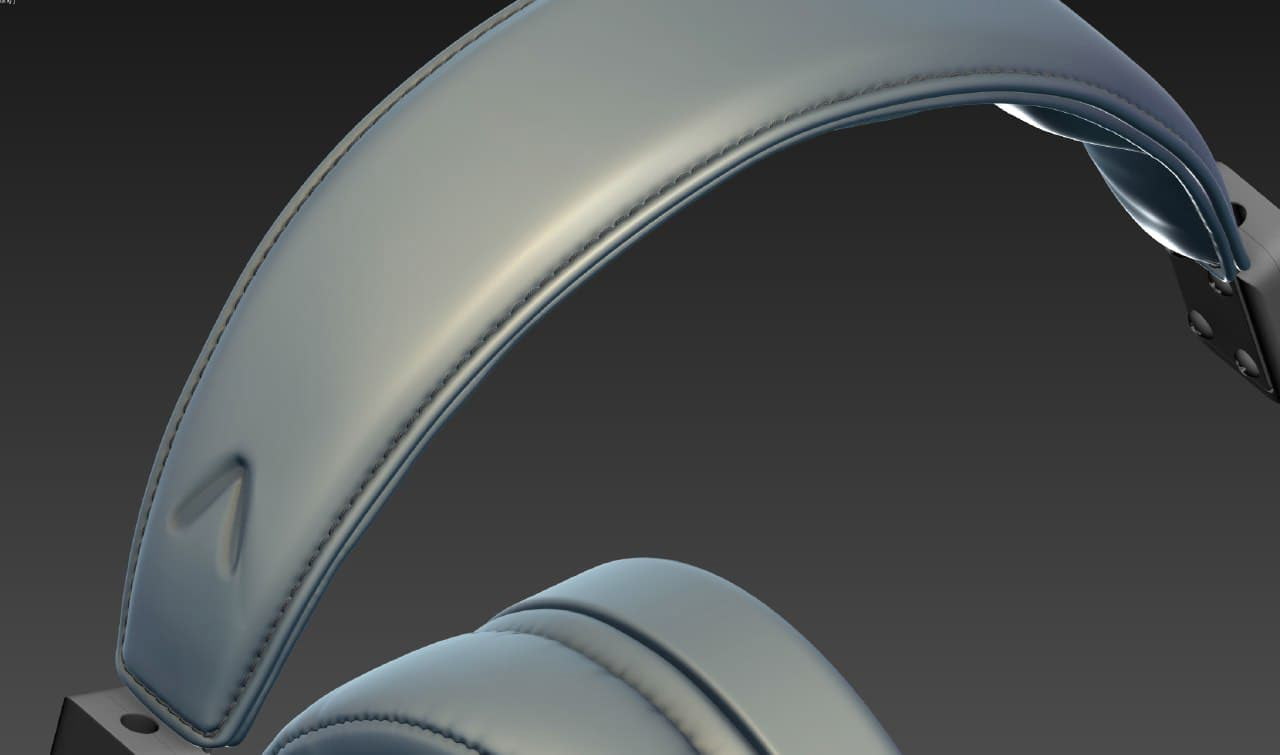 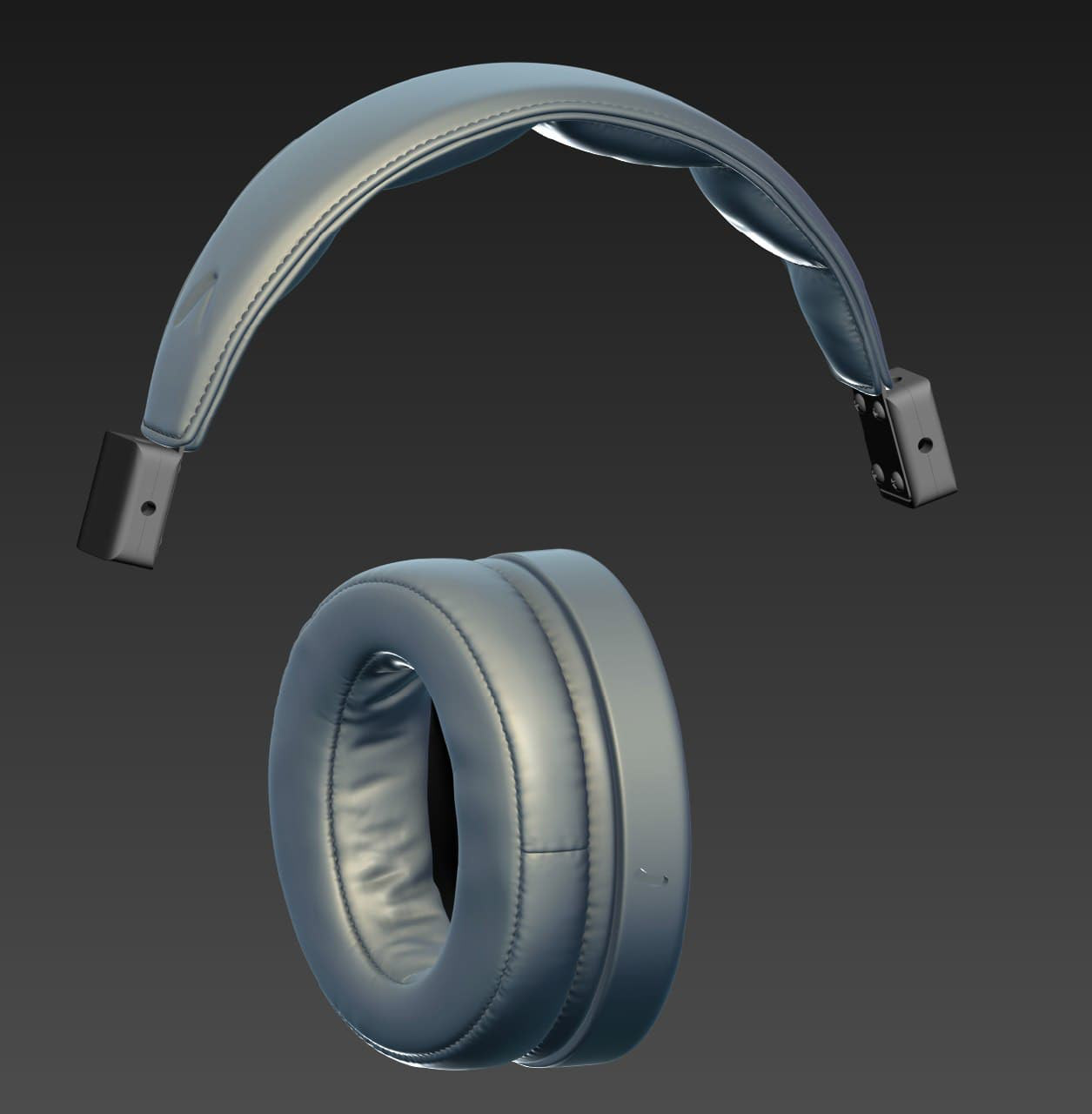 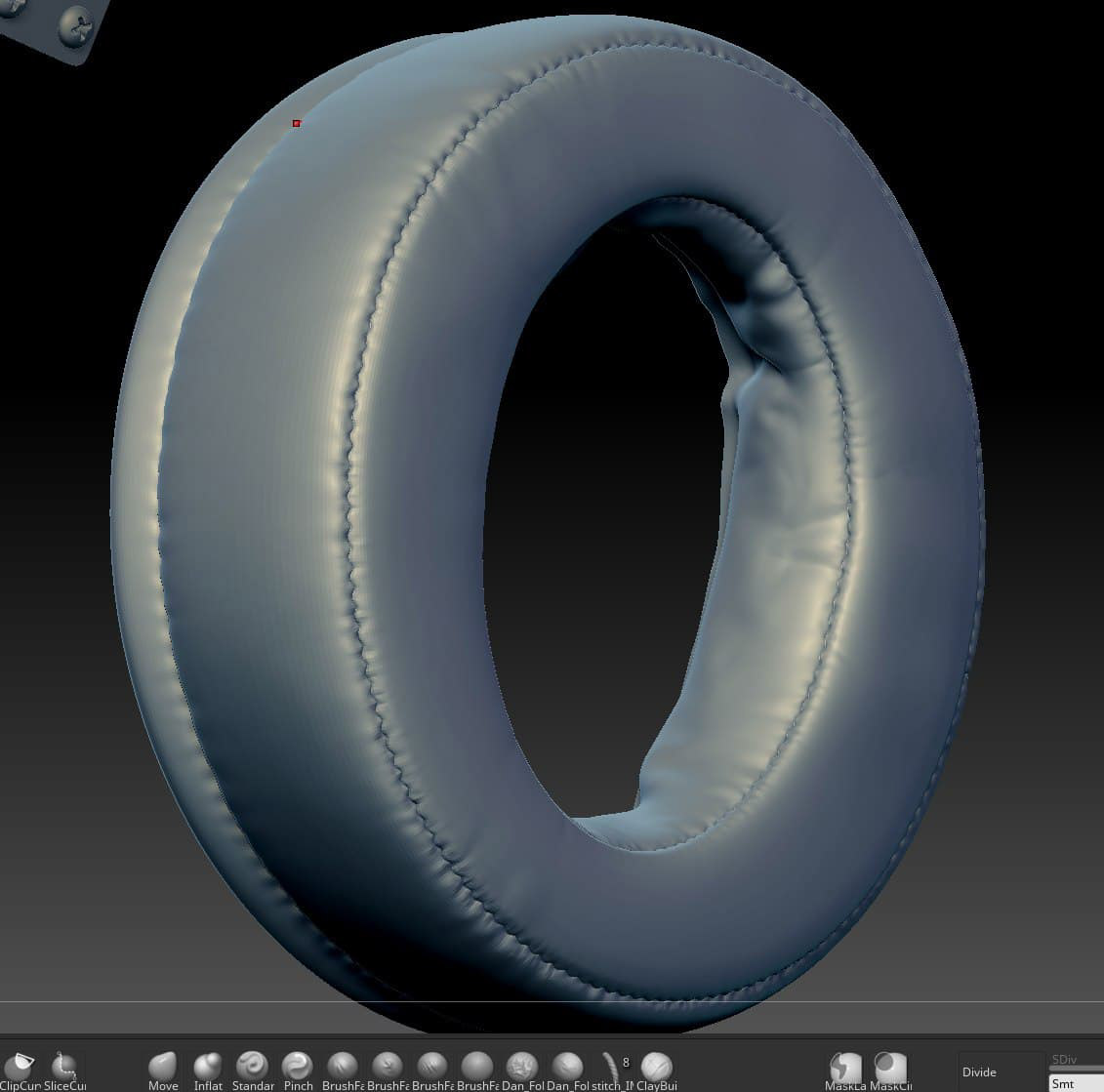 For sure, when working on the shading of a headphones model like the Audeze LCD-2, the main working-process goal is to find the right balance between the glossiness of the polished, wooden cups, the matte leather ear pads, and the headband. This contrast, I think, is what actually creates the desired feeling of a classic high-end headphones look, where warm polished wood and matte soft leather combined with steel and chrome details, create the valued look for the true fans of this segment of the audio equipment.
From a technical stand point, I used two and three-layers Vray-Blend shaders to create the wood material. The first layers are the main diffuse and matte specular, and the last one is the Clear Coat, blended with Falloff and Edge Curvature maps.

At the beginning of the work, I was faced with a choice of what material to use for the wooden cups. The fact is that this headphone model had several options, including Zebrano wood, Bamboo, or Mahogany.
I started with Bamboo one, as it promised to look cool with macro and closeups, however during the working process, I realized that the correct reproduction of this material, in terms of topology and how it was made in reality, would take too long and I would risk missing the deadline. However, I was able to do some tests with the Zebrano and Bamboo cups. 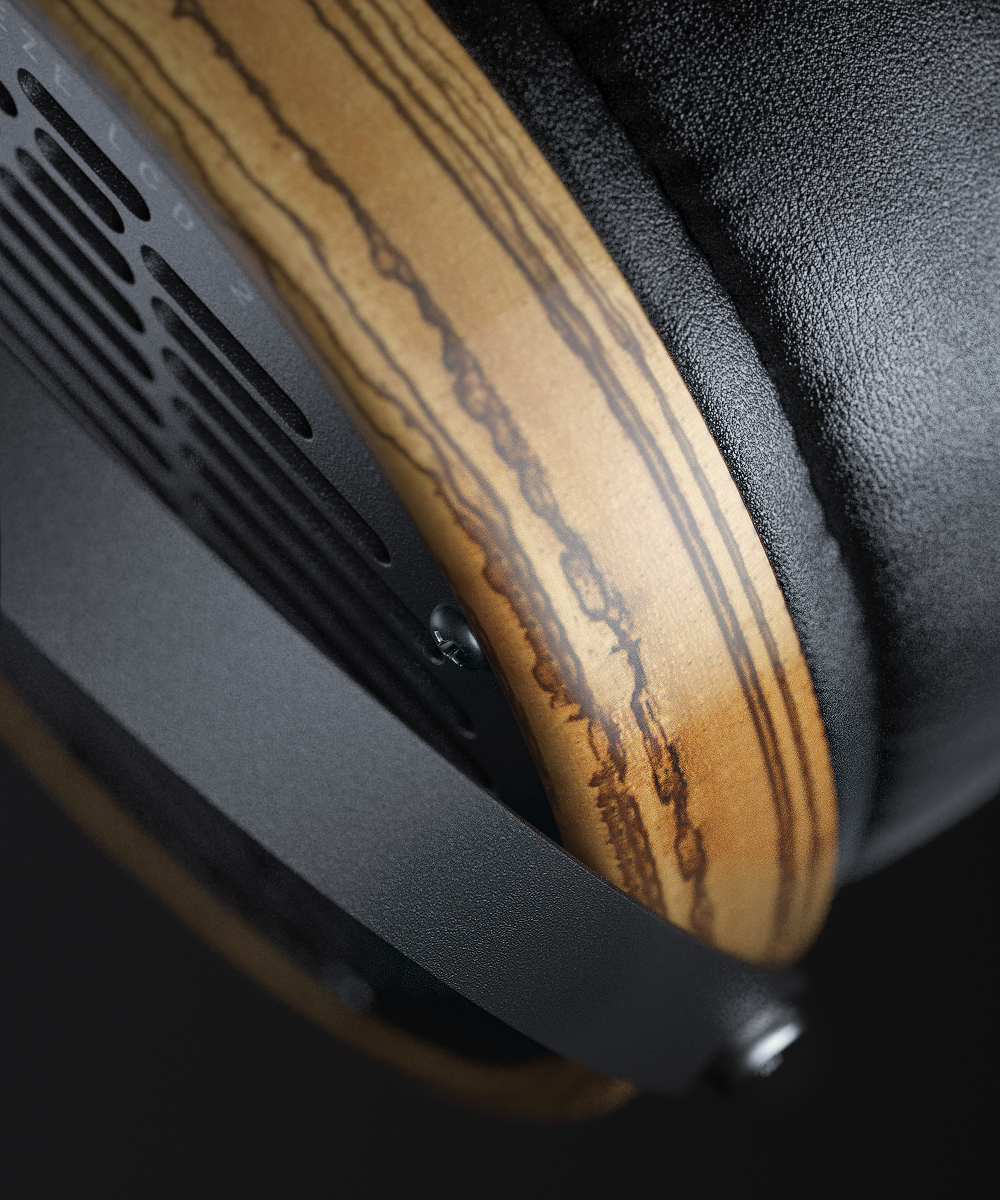 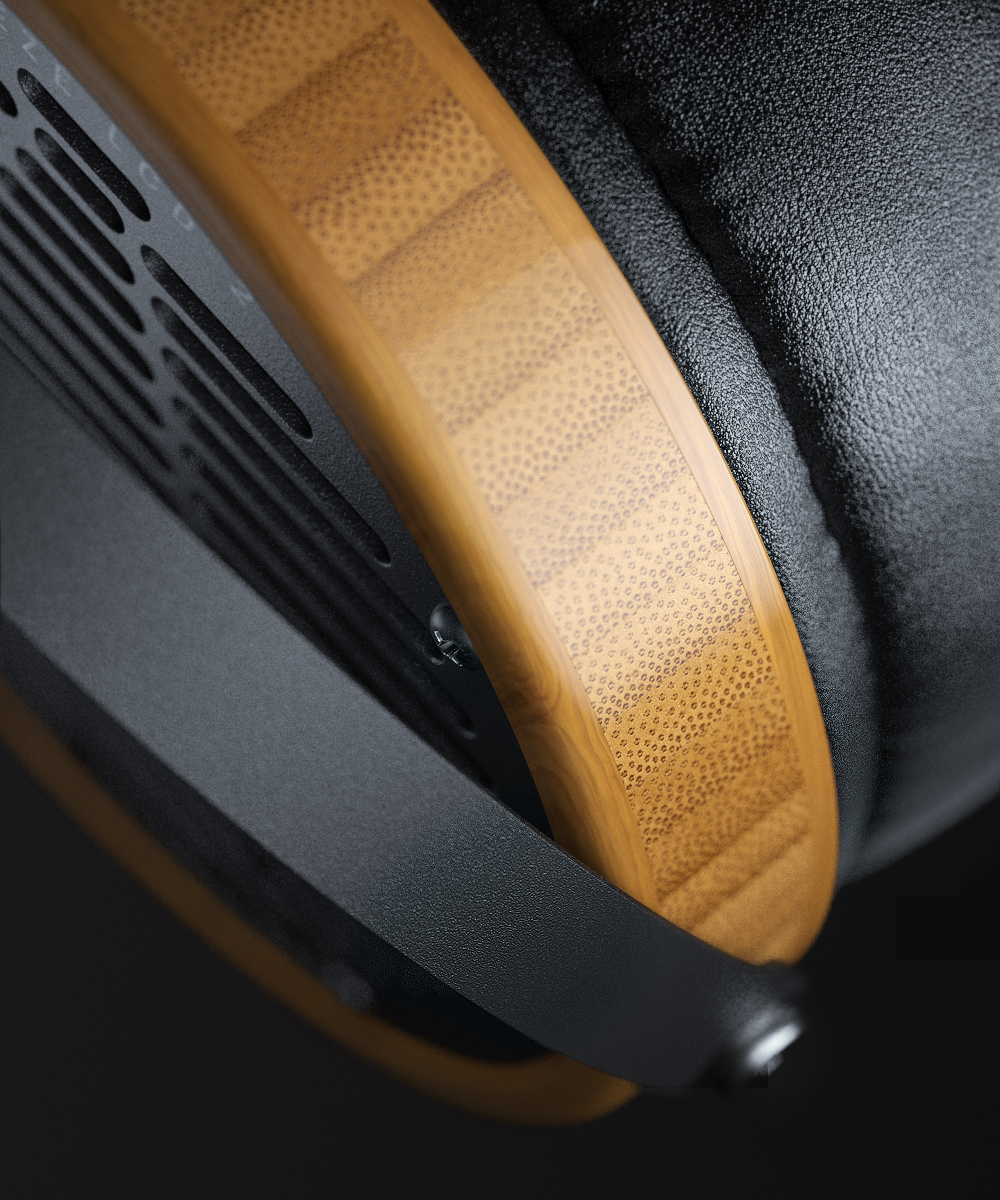 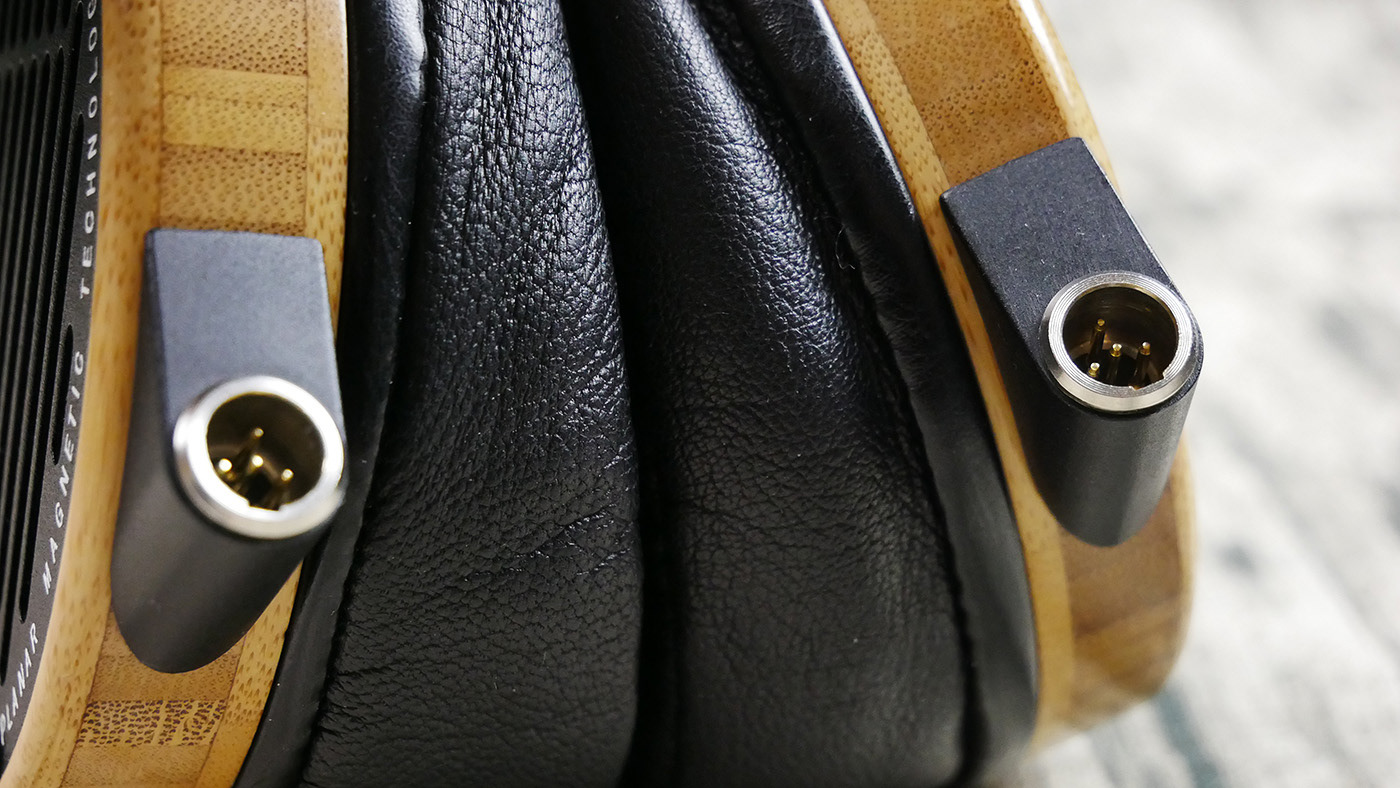 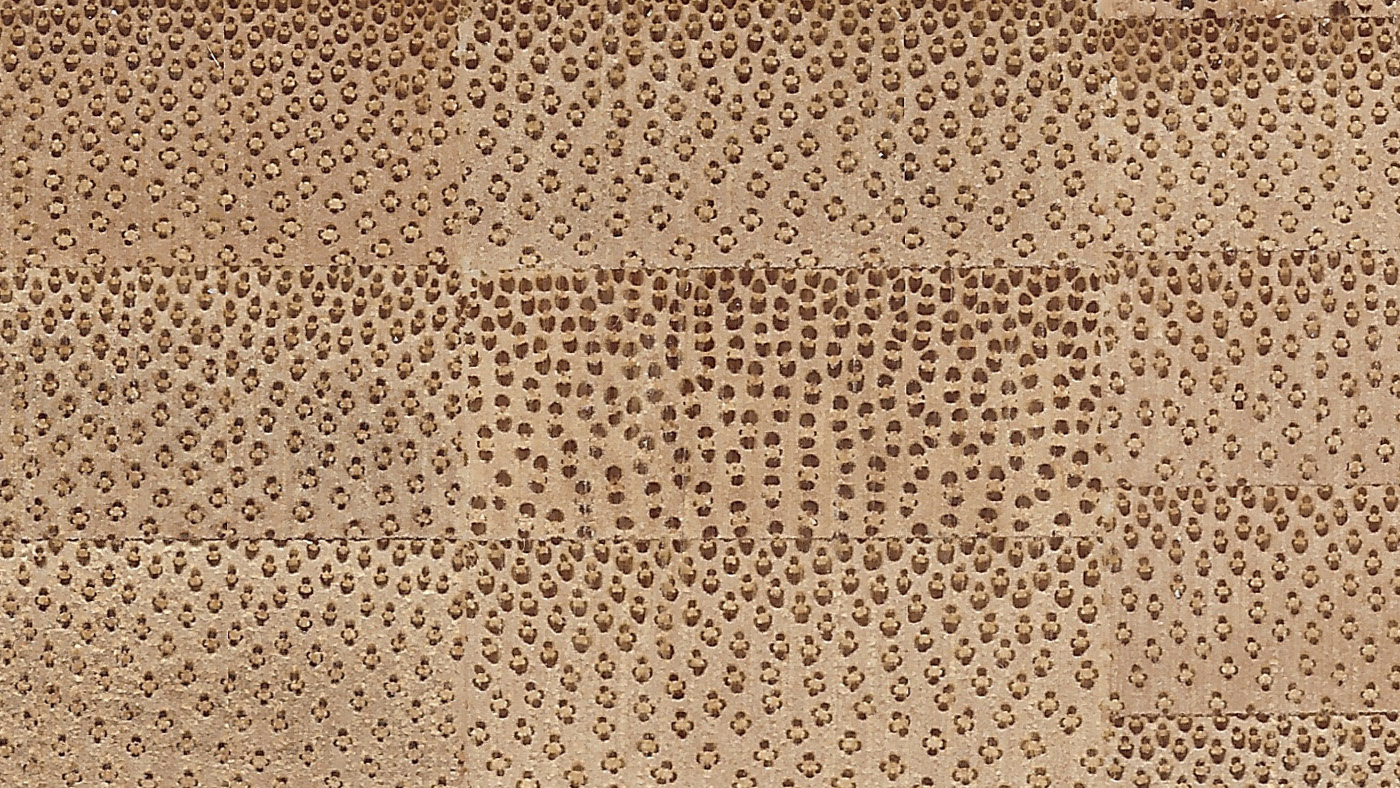 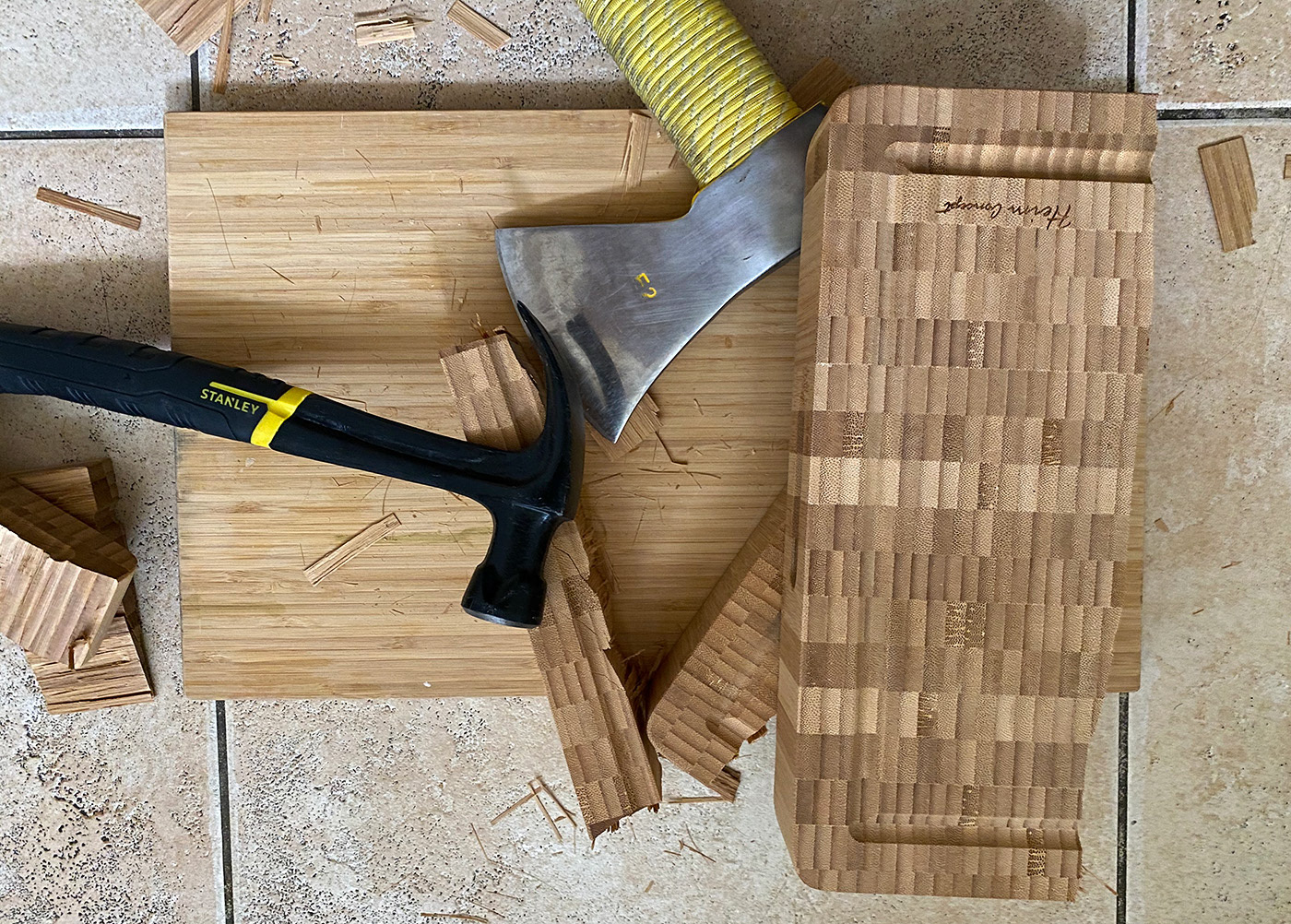 After making a several tests with Mahogany wood, I realized that in some cases with this material combination, the headphones look even better. For instance, with the wide angles, when you do not have the opportunity to evaluate the texture of Bamboo, because of its beauty low-contrast texture.

Also, when I was creating the leather and matte plastic shaders, I used a strong bump method instead of the glossiness map. In my opinion, this works a bit better and the specular lighting turns out to be more realistic than using only glossiness/roughness maps. However, it takes more time to render due to the need to increase the AA sampling.
​​​​​​​

Having some experience in studio rendering, I always try to understand first what can be the basis of the "visual language" for the upcoming project, before starting the lighting work. Using this approach allows me to get a series of images united by a style, and not just a bunch of pictures that are loosely related to each other.
I think it is important to always remember that the task is not about just creating a beautiful image, but correctly show the object and the product. This is the story about the product, not about the images or rendering process.
I did some research on the style used by Apple in relation to their public images and I tried determine some principles that I might need to follow when completing this test project.
The following principles and ideas were used in approaching my task:
Unidirectional lighting
As I understood, Apple's renders almost always have the main light source that sets the lighting's main direction. That light source is never a neutral-soft fill light, but rather one main source, with several additional ones that perform the function of emphasizing the shape
Working with a clear white background
I noticed that objects are always well separated from the background on the Apple pictures and retain contrast despite the backlighting. Effects such as bloom or rim-lighting are practically not used to integrate an object into the background or used in a very gentle amount.
I also believe that finding the right balance of contrast and background integration is the key. The image should not appear as cut out, but at the same time, too much light-bloom and rim-light will also work against the image, making it look too artificial.
Graphical / Realistic balance
In my opinion Apple images are always a perfect balance of graphics and realism.
Having experience of working as a CG artist in different industries such as movies, broadcast design, architecture projects, and commercials, I understand that hyper-realism should not be the main goal by itself. Of course, there is a certain threshold where the image becomes unrealistic, but there is also the opposite side to it when the realism is reached not with the lighting technique but with the “cheap tricks.” Such as fingerprints, texture imperfections, marks of use or dust, aberrations, and DoF.
The impossibility of using such tricks leads to the need for additional attention on the shading process. Textures should be at a sufficiently high level so that the viewer does not get a feel of a simplified look. Finding a balance between the purity of reflections and the elaboration of textures became the project's main work.
Gradient Ramps instead of HDRi
There were no Apple's images found where it would be obvious that HDRi was used as a texture for the light emitter. I concluded that this choice was probably made because the imperfect texture of a real light source, such as a softbox, might create a misleading impression of the surface. For example, a fold on a softbox diffuser in reflection may look like an edge of the surface, which will impair perception. Thus, I left the idea of using HDRi as an IBL source and as a source for light-textures, using gradients instead. That should give me a cleaner, more uniform light and give a good control over reflections' attenuation depending on the camera angle.
Non-Randomness of lighting
Another distinguishing feature of the way that Apple present its images, I think, is the absence of random parasitic reflections and speculars, which are hard to be avoided when simulating natural lighting. The lights used to obtain the image are combined as a unique lighting scheme created specifically for an image. Thus, it is not a universal softbox set up that revolves around an object. Obviously, this set of light sources is created specifically for a particular image and camera angle.
Stable camera angles
The shapes' geometricity of the chosen headphones model and lack of curved and glossy surfaces does not allow the use of a small number of light sources, leading to the "drawing" of the main object, by the lights. This approach makes very important the choice of the main lighting-direction. The camera angles play a big role also. I needed to keep the object's silhouette recognizable without making camera angles too wild.
Rendering

I used a real-geo studio as a base environment. The studio was made of two L-shaped backgrounds, white at the bottom and sides, and black at the top and front. Pretty similar to the standard object photo-box, but bigger.
I also used an additional smaller L-shaped background and some black, spec-blocking screens to work with chrome details and also to control reflections on the wooden cups.

I used a Rectangular V-ray Area Light as my main painting light, with a gradient texture on it. Once I set the main lighting direction with it, I started to use additional Area Lights to create backlights and reflections on the chrome surfaces.

As the reflections on the leather material become too flat, with Planar Area Lights because of the sampling area (V-ray samples rectangular Area Light as a rectangular on the object surface), I used Vray Sphere Lights to work with the leather shader to get soft-fading speculars.

I have only used the include / exclude lighting method on a few occasions, such as working on reflections on the chrome and metal surfaces. Despite many light sources in the scene, it still represents a solid lighting scheme, where that number of lights is due to the need to show the silhouette of the object to compensate for the lack of GI on the dark, matte leather surfaces. 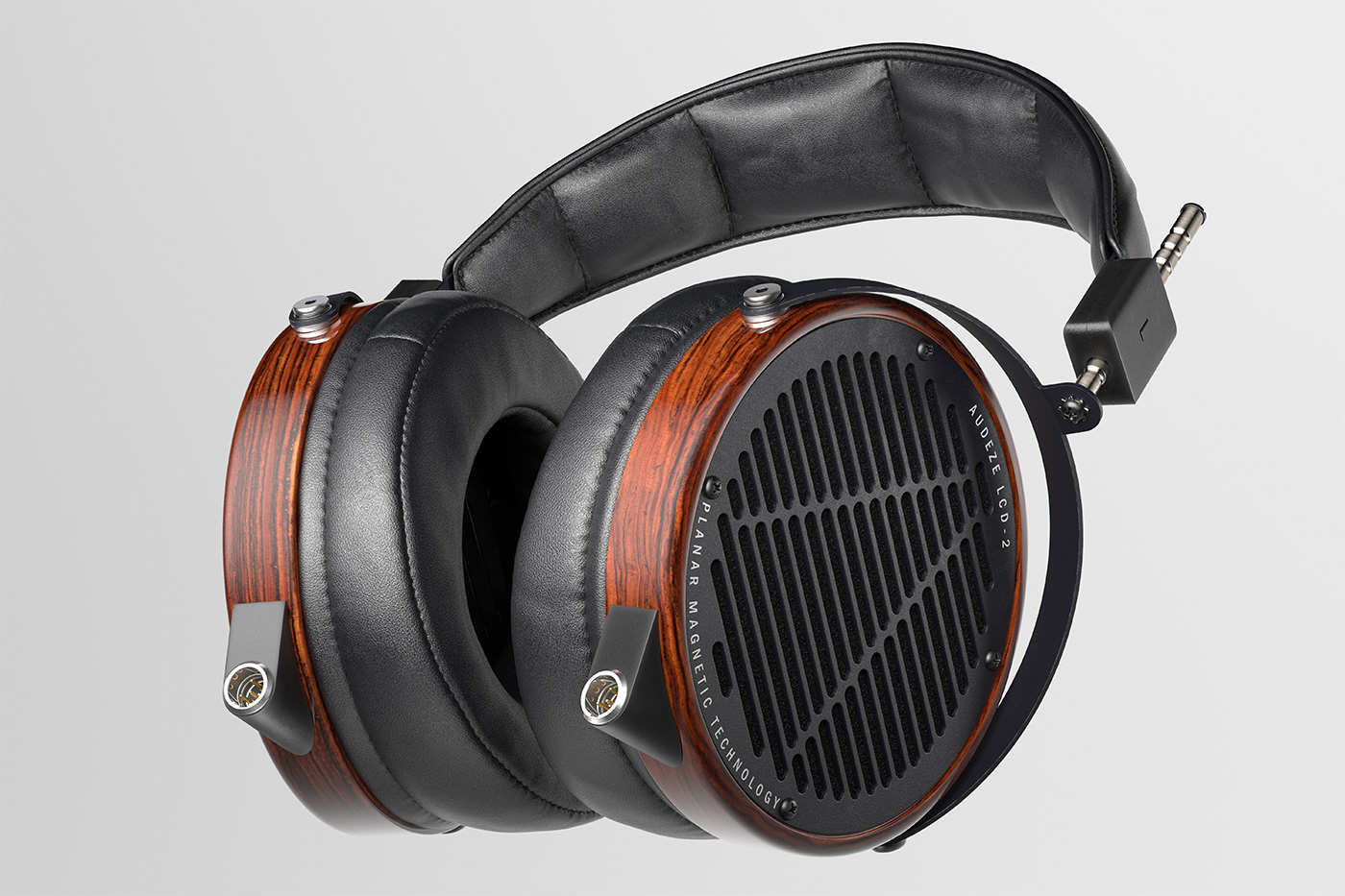 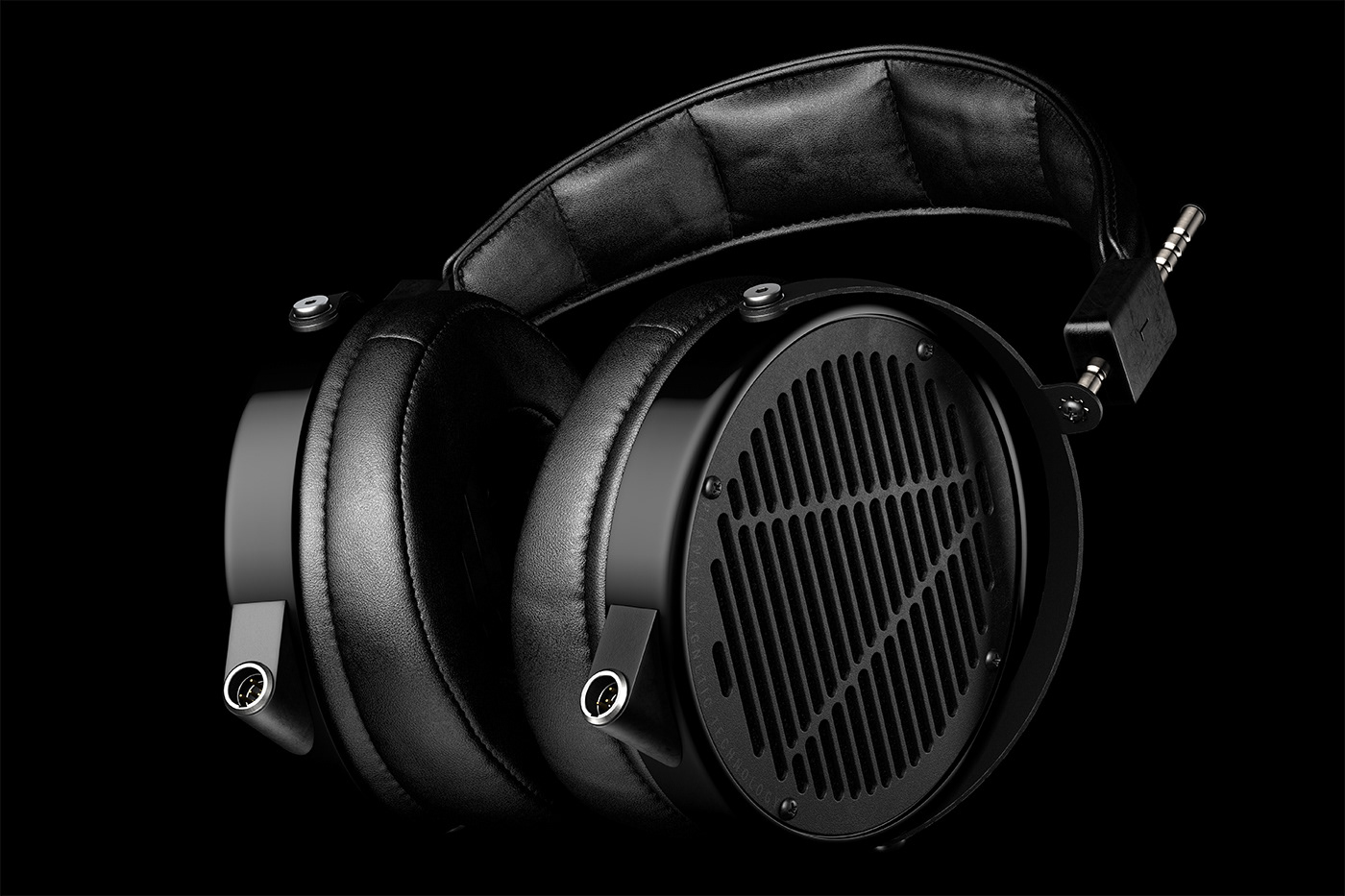 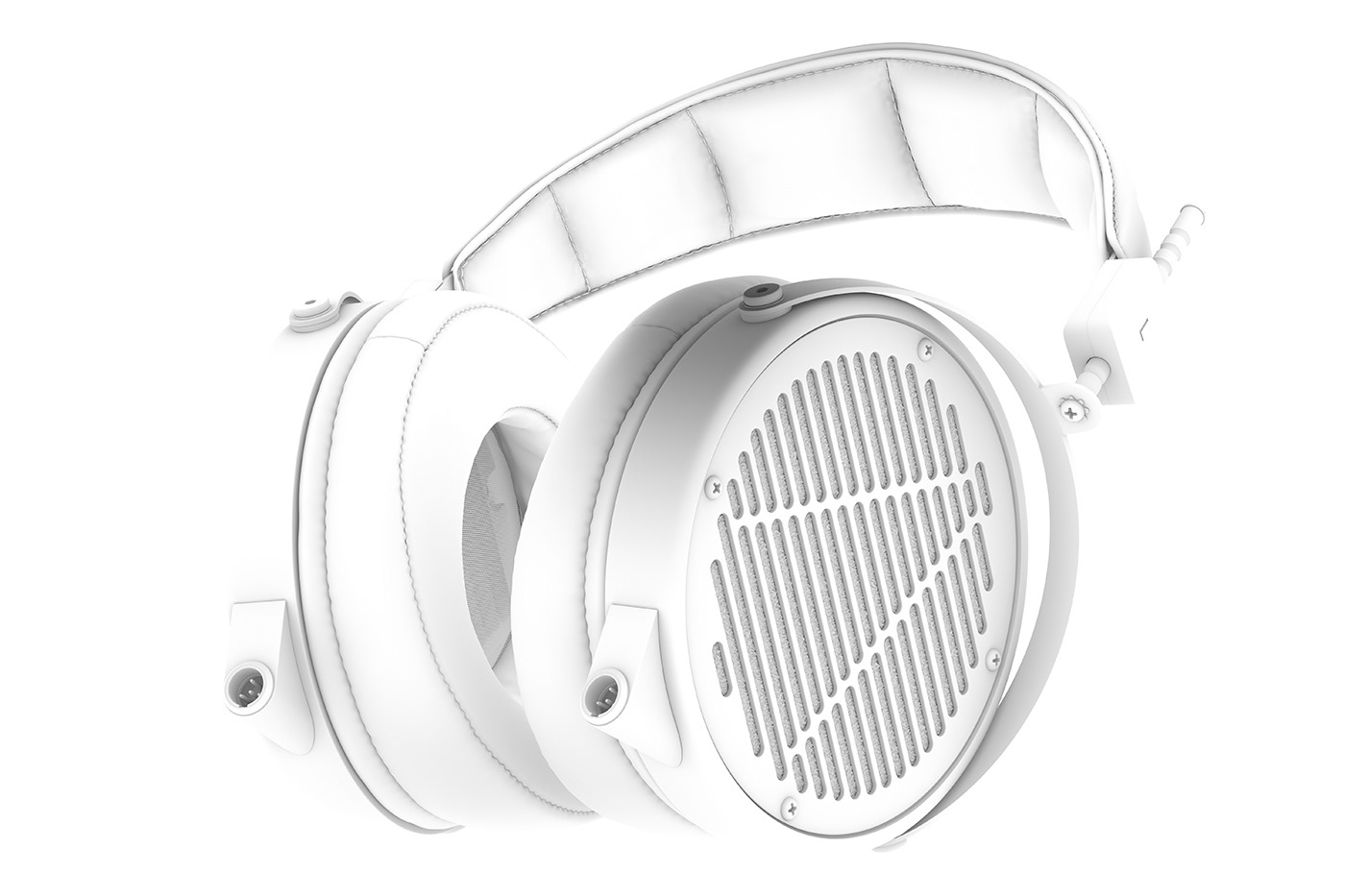 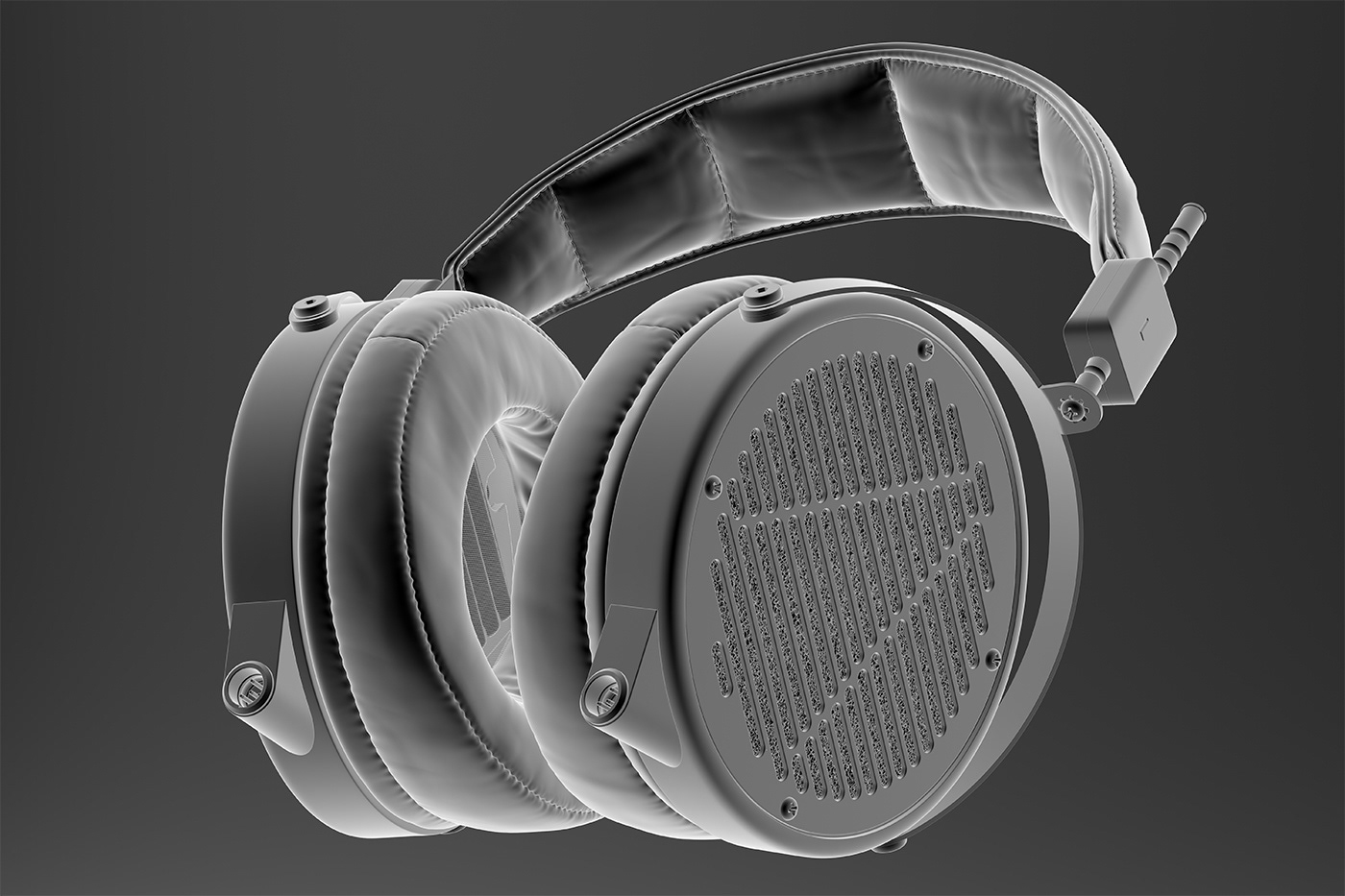 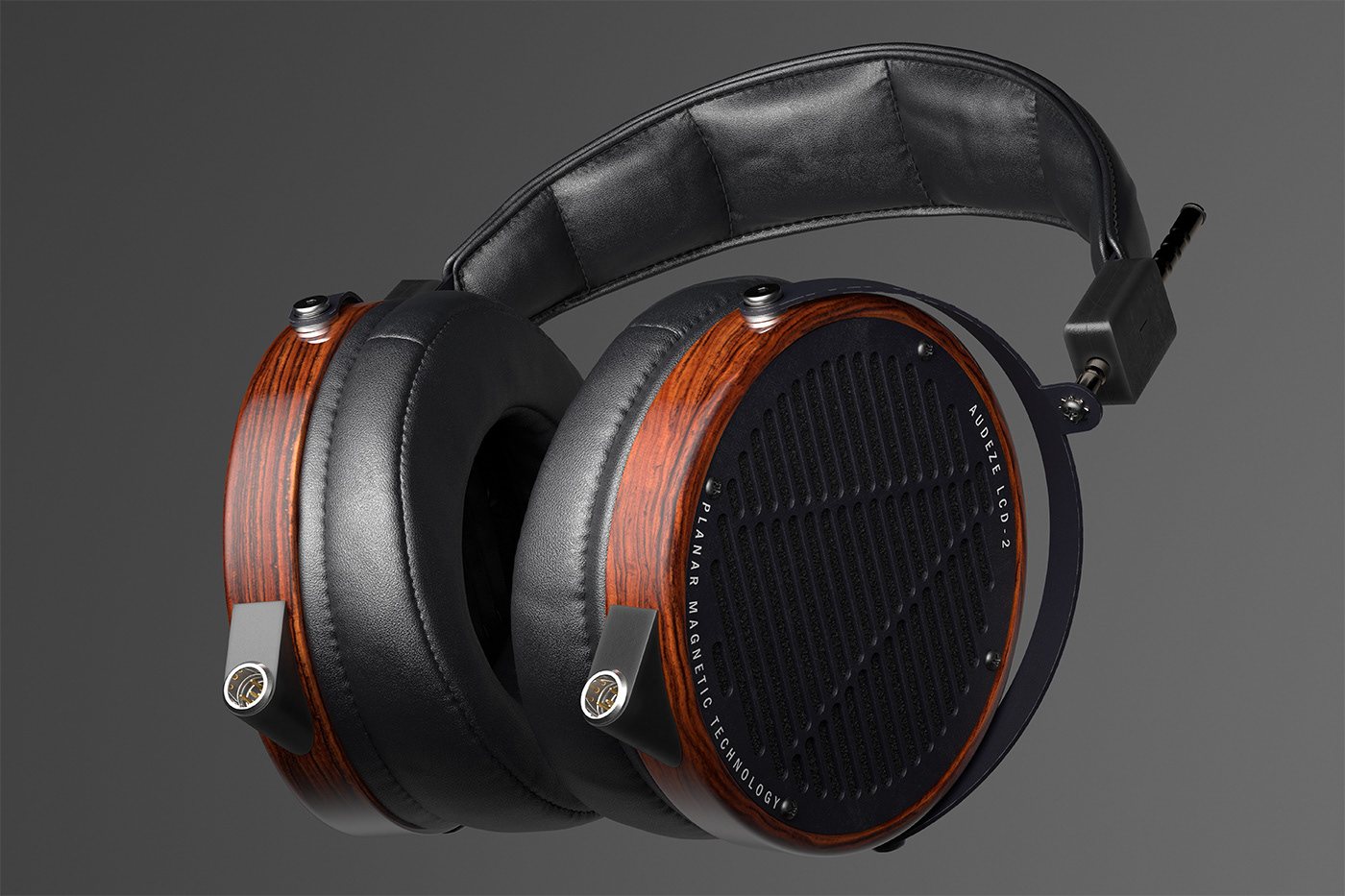 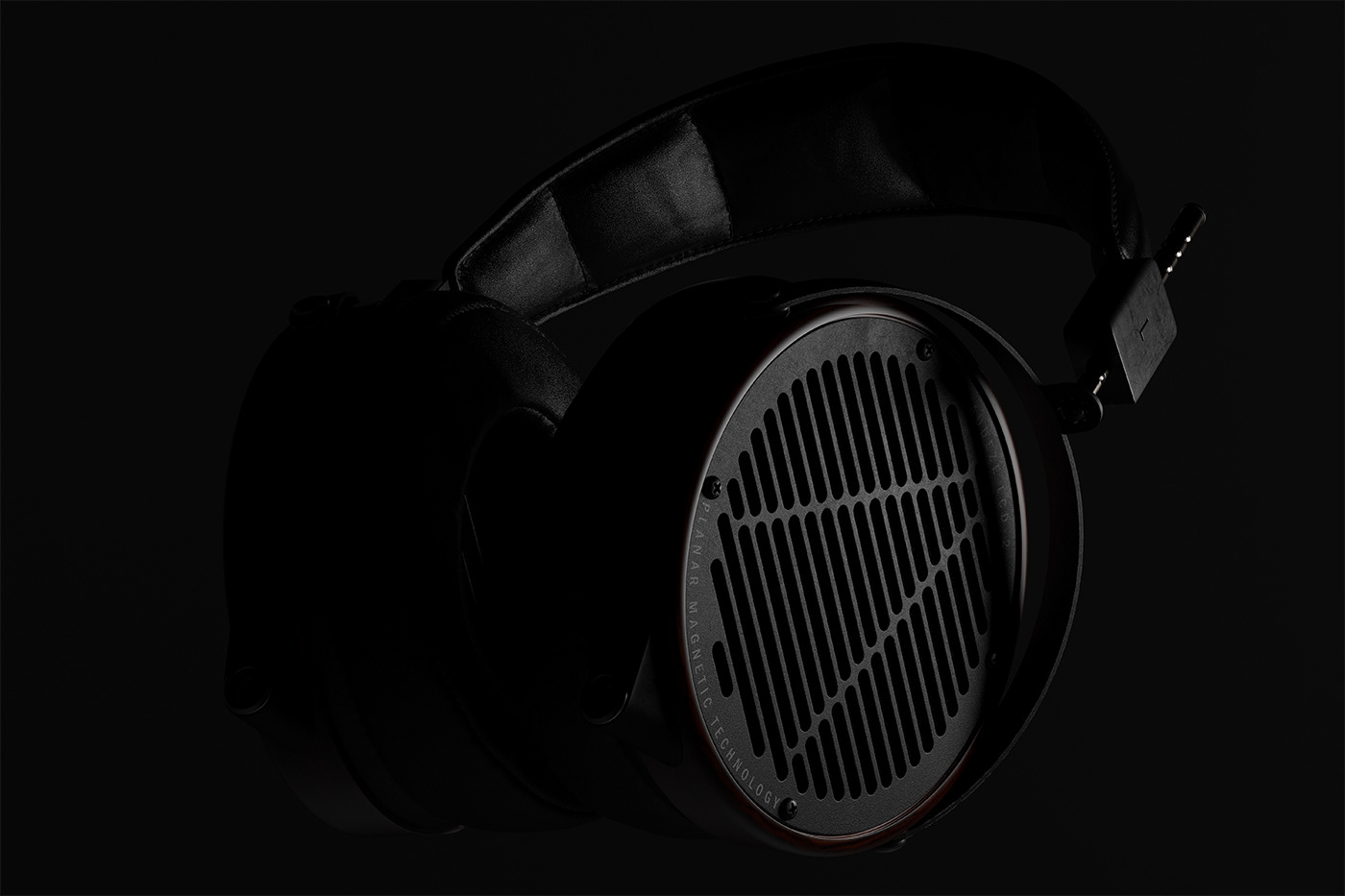 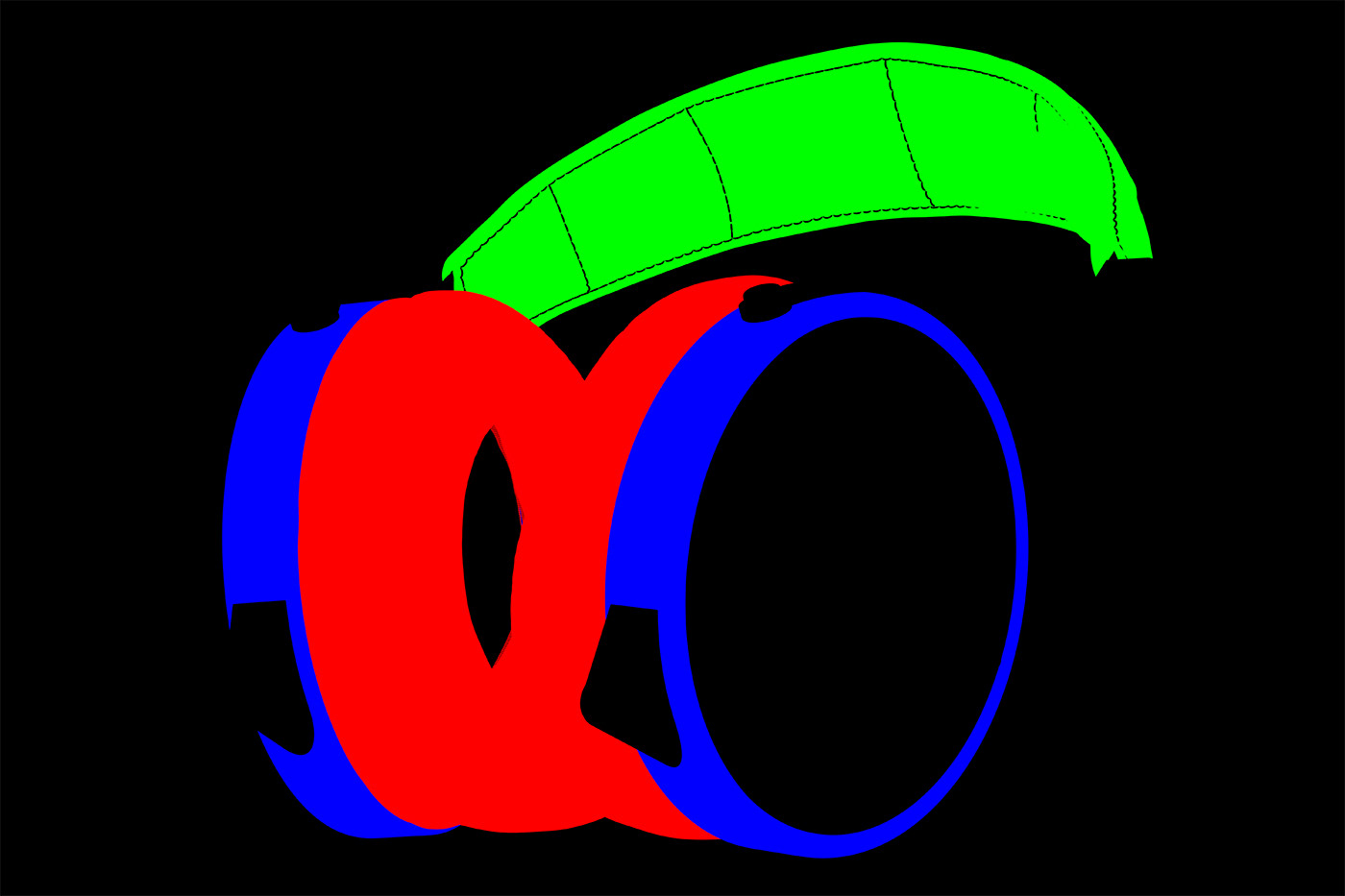 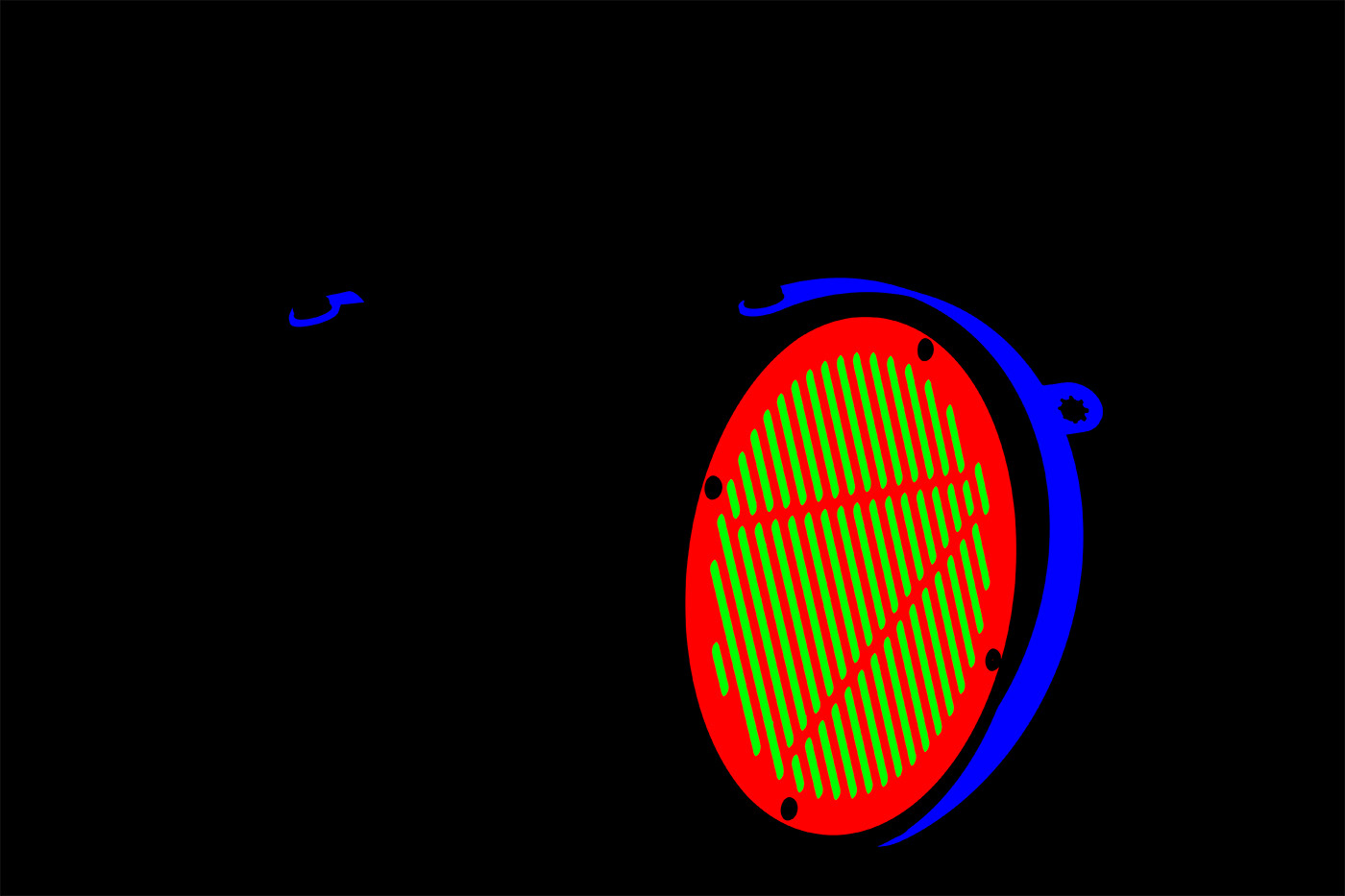 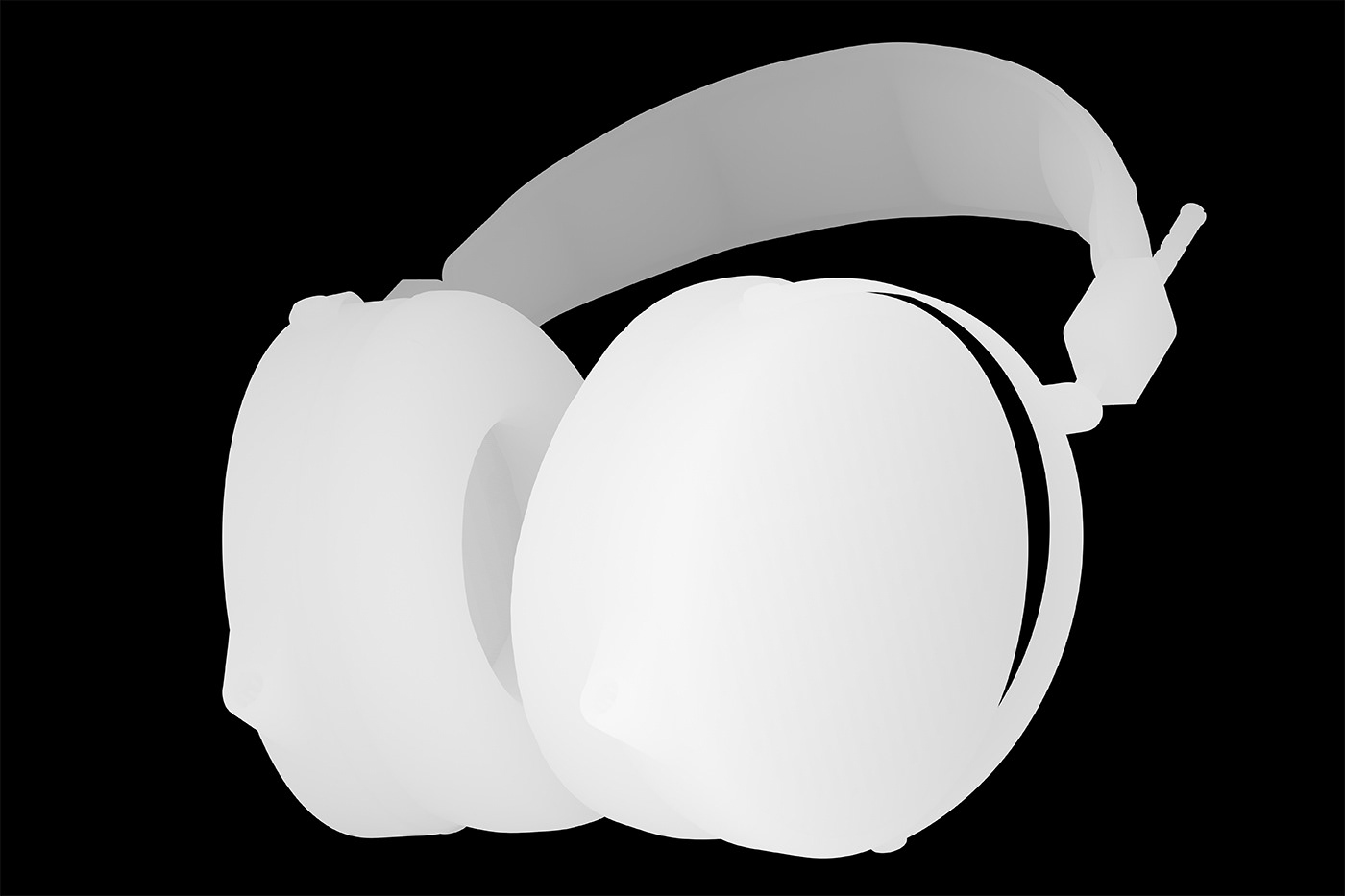 Having more than 15 years of experience in the field of commercial CG graphics, I have developed a pipeline for myself that allows me to improve the path of achieving the final result. The main pipeline, in terms of static object renders, for me is 3dsmax + V-ray (or Redshift / Corona / F-Storm), then the renders are transferred to After Effects, where the main color correction is performed using masks and, at the end, flattened image is transferred to Photoshop for final color correction and cleanup if needed.
This method has some specifics. In particular, the render from V-ray should be saved in 32bit EXR format, which allows, to correct overexposures in the metal areas, without losing the texture of the materials.

My choice of After Effects is conditioned by the fact that AeFx is like a Photoshop for a video. So, if I need to continue with animation, then all adjustment layers can be transferred to the animated sequences very easily. Also, there is one more benefit that this approach gives. At the look-development stage, I can use low resolution renders to compose, for example, 2k instead of 6k. After the general look is ready, I can replace low-res 2k with high-res 6k renders, keeping all effects and postwork.
The final step is Photoshop processing, where I do some nuanced color correction using Selective Color and Curves.
Also, given the stylistic restrictions on the use of depth of field, I used the ultra-sharpness trick, when a certain area of the image is artificially sharpened by 10-12%, while the rest of the image remains in its original state. This is often enough to give a viewer the impression of a slight transition in depth of field.